And right before I came in I started watching some vids on the Tubes and saw a couple of ads.

I think it’s worth mentioning because there’s an important lesson here in all of this.

The first ad was displaying some dude flexing a lambo-type sportscar.

The second was a guy making fun of the lambo sports car ads referring to his Nissan.

The first ad with the lambo.

My question is – did you come to me or buy anything because of my Lambo?

I can answer that one for you because I don’t have a Lambo.

Not knocking it because I think they’re great looking cars but I’ve never really been a “car” kinda guy.

My question then is this…

Do you even know what I drive?

Does what I drive make a determining factor in if we do business together?

These are guys trying to make fun of the Lambo’s and the Private Jet styled ads.

The idea here is to come across as transparent and almost being an anti-guru.

But as Sean Vosler said perfectly in a Fakebook post last week.

“The Anti-Guru is still a Guru”

It’s just a different angle to use because many of the anti-gurus don’t have a lambo to flex with.

If they did, they’d sure as hell use it.

I don’t like either approach for one big, gigantic reason…

—> These ads are focused around “Me” instead of “You”

So the lambo style ad as well as the lambo-bashing ad are centered around the guy in the ad.

Let’s focus on what I’m driving.

There’s not a clear-cut benefit to the customer.

No here’s what you’re gonna get kinda talk.

Chances are you don’t give a damn about what I drive.

Or where I live.

And I believe a lot of people don’t run ads and get sidelined with creating because they think they need the shiny shit to keep up appearances.

My house. My cars. My stuff. Where I live.

And yours don’t either.

Which is why I love this internet gig so much.

As long as you’re focusing on solving other people’s problems.

It doesn’t matter where you’re from.

Or what you drive.

The bottom line is this.

Don’t let what you don’t have or what you perceive to not have to keep you from going all in.

Put the focus on benefiting your customer…

Get in front of the right audience.

At the right time.

And make the offer.

Want to see if what I got can help you get in front of the right peeps and make money as an affiliate?

Go to my free online training to see if it’s a fit for you by clicking here.

Or hit me up about some of our done for you services by clicking here.

The post Did My Lambo Bring You In? appeared first on Derek Pierce Media.

Back in 2011 I was part of a small group mastermind.

There was 5 of us that go together to talk strategy and help each other along the way.

When they ask if I’d join, I was a bit hesitant.

I was skeered as hell.

And hated talking to people.

After a few conversations, I agreed to join.

So, here’s the way it worked out…

One guy was into webinars, another paid traffic, another into doing Joint Venture deals, and couple of real estate guys.

Apparently I was speaking in a different language because they looked at me like I had a 3rd eyeball.

And no I’m not talking about my Alabama-nese accent.

It’s about what I was doing in terms of SEO.

They couldn’t believe it.

After one of our first meetups, I had one of the guys hit me up and said…

“Why the hell aren’t you teaching this stuff?”

Up until that point, I hadn’t really thought much about teaching anything.

I was just doin’ my thing in the affiliate space.

I finally decided to release my first product in the marketing world.

But what happened next blew me away.

I didn’t know what I was getting into.

After all, if you’ve never experienced something first hand, it’s pretty tough to know what to expect.

It was like openin’ the door to a completely different universe.

One that I could spend an hour or two a day…

I remember one day in particular…

I’d worked a little that morning…

And headed to town with the missus.

While I was at lunch, I started getting all of these commission notifications.

That’s when the light bulb went off.

I began creating a strategy to making this a daily routine and an integral part of my business.

For launching my own stuff as well as promoting affiliate products.

The goal is to build 5 figure campaigns in 10 days with less than 10 hours of work.

Which boils down to about an hour a day.

It works if you’re selling your own products and services or if you’re an affiliate marketer.

And you can pull it off over and over again.

If you follow the process, it works 100% of the time and now you can copy and clone the exact process I’ve put together.

Even if you suck at writing and have no clue where to start.

The only requirement is that you have an email list even if it’s a small one with just a few hundred people.

I’ve set this up so you can go through the training program online at your own pace.

Simply click here to enroll in the Five 10 Formula.

​This past weekend, I did something completely out of my comfort zone.

It was a conference for real estate investors and I gave the talk about creating online branding and a social presence.

And more importantly how to connect it all together.

You can see the proof below as I spoke at my buddy Zack Childress’s Real Estate Investment Conference about brand building using automation tools.

Because 10 years ago I couldn’t even imagine getting on a stage or talking about what I did.

Not even 5 years ago.

I was weird AF when it comes to getting in front of people.

It was to the point that the mere thought of standing in front of a crowd would break me out in a sweat.

That’s one of the reasons I’ve not been a huge event guy.

I’ve battled with it my entire life.

But Saturday was different.

I felt calm after a couple of minutes in.

For starters, I knew the topic.

A lot of what I talked about was stories from my days in the real estate space and how to transition what I’m doing now to help close more deals.

Secondly, I’ve done hundreds of webinars over the years – both training and sales webinars.

The first webinar I did I was so freakin’ nervous.

And I bombed it.

But I did it anyway.

I continued to do the 2nd, 3rd, and the list goes on and on.

To the point, I could drop everything I’m doing and hop on a webinar now impromptu with no topic and be able to talk for 90 minutes.

My point in saying this is because none of this happened overnight.

It wasn’t as a result of a magic bullet software where I pushed an effin’ button.

I didn’t make a dime.

But after I started building a few, it got better.

As a result, I developed systems over the years.

That get consistent results.

So, here’s the deal.

If you’re looking to start or grow your digital business.

And you need help with gettin’ it all to click, then here’s what I want you to do.

I’ve got a bitchin’ new training program called SOAR and I want to get you on the inside.

I put together a free online class you can check out here to see if it’s a fit for you.

See ya on the inside

PS – If you’re worried about the price…

One local deal or one affiliate page ranking can more than pay for the investment in the program.

And I know how to make it all happen because I’ve been there, done that and I can show you the way.

The post Stepping Out of My Comfort Zone appeared first on Derek Pierce Media.

The white hat vs black hat SEO has been an interesting topic for as long as I’ve been doing SEO.

It’s almost like the political divide in the United States – instead of celebrating the wins and learning from all techniques we’re conditioned to look at every strategy with blinders which is why I created this episode.

See, cold outreach has been praised by most white hat SEO experts but is this really a white hat method?

The reason I say that is because, it’s gotten out of control.

Look in your inbox and you’ll see guest post and link request by the dozens.

There’s even multiple pieces of software that search out the owners of websites, their emails, phone numbers and addresses so you can create automated marketing campaigns – all from a cold approach.

It’s funny because when you employ a cold outreach method like this, you’re simply using one form of spam that’s disguised as white hat.

Nothing more. Nothing less.

It’s just another tactic in the ‘ole toolbox.

Take a listen below and let me know your thoughts.

Wondering if SEO is Dead?

Inside this podcast, I’ll explain how to look at SEO with paid traffic options as well as how to address search engine optimization for local along with how to know what to approach to ensure you get results with your search engine campaigns. 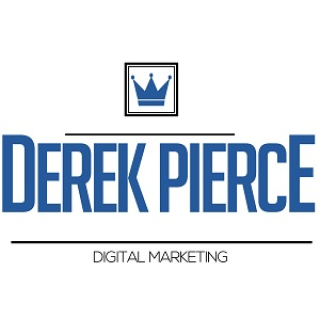